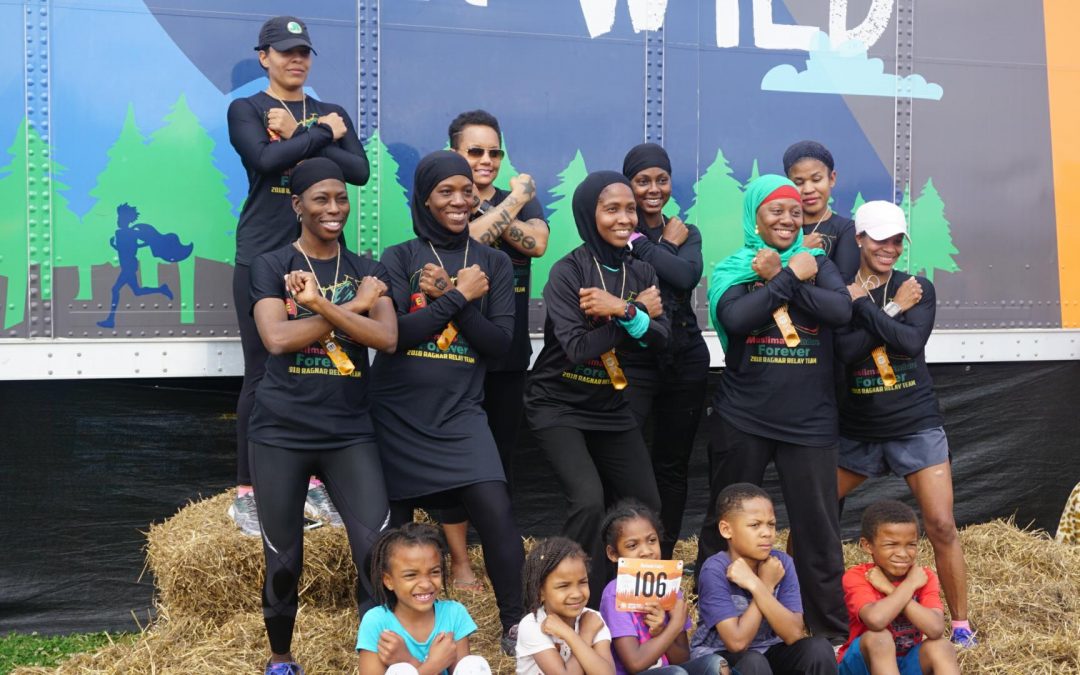 The 2017 Ragnar Trail Run was one of the first competitive races I participated in after starting my run journey in the Winter of 2016. Little did I know that this race would mark the beginning of a long beautiful journey filled with aches and pains (lol) but also untold fulfillment and support from a group of amazing ladies!

When the ROLL CALL rang out from Nura (founder of Muslimahs Endure) calling for eight ladies to join her on the Trail, I immediately felt a mixture of both excitement and anxiety! The excitement was due to the fact that although I’d only recently taken up running, I’d been consistently active for over a year  – so her charge presented a new challenge! The anxiety came from contemplating running in the WOODS, alone, on a dark, rocky, hilly, trail…. again ALONE….excitement won! (The trail runs are actually quite soothing once you mentally get past those factors….you find yourself feeling at one with nature ) My main concern was wanting to be an asset to the team and able to provide the eighth set of legs that they needed to ensure that we continued to put Muslimahs Endure on the map! With that mindset, I committed to the training plan that Nura provided, which included night runs, mountain climbs, and cross training. On race day, I felt equipped to meet the challenge presented to us…and meet it we did!

Fast forward to 2018 and most of the ladies who ran the Ragnar Trail Run the previous year elected to again meet the challenge of placing Muslimahs Endure on the map (as a force to be reckoned with) this year!! Many of us had only recently completed our first Marathon/Half marathons, but knew that this was not an opportunity to miss!  Running period is not for the faint of heart; however, running trails is a whole nother beast! The strength, stamina, and endurance required to accomplish this feat is absolutely amazing. There is a lot of preparation required, but the outcomes which include, climbing the finishers’ chart, fostering stronger relationships with your sister friends, the feeling of accomplishment from completing something so arduous, is beyond worth it!!  As I gazed out over the field, taking in the decorative tents, the roaring bonfire, the soothing breeze blowing the mosquitoes away while giving us a much needed reprieve from the heat of the day, our community children running by (gazing at us admirable), while laughing with true friends…those who I have traveled with, broken bread with, and trained with for months at a time – I knew in that moment that I wouldn’t want to be anywhere else.  Takbir! Allahuakbar!

You have Successfully Subscribed!